Another Wonderful Interview with Ted Pearce!!!!

You can never have too much of a good thing!    It was another great show with the music of Ted Pearce and a great interview too!


Ted is a world-renown Messianic recording artist who In 2011, produced his first independent project in a decade called "emergency" with Dallas Producer Phil York. In August of 2012, the March of Life went to Poland, where Ted met Polish soul-singer and superstar Mietek Szczesniak, who introduced him to the unusually good fortune of working with Producer Wendy Waldman in California, which led to an opportunity to work with Polish Producer and Pianist-extraordinaire, Pawel Zarecki (and his incredibly talented wife, Jadzia) which led to working with the Longhouse Crew, which led to meeting and working with Israeli Producer/Guitarist/Singer Jamie Hilsden. Working with these friends in Warsaw, Hollywood, and Jerusalem was the inspiration and foundation of the Cultural Xchange Series recording sessions.

He has since published a cool project called "Songs of the Rabbi," a collection of tunes written by various Messianic Rabbis, and some newer songs which are are also featured in this show. 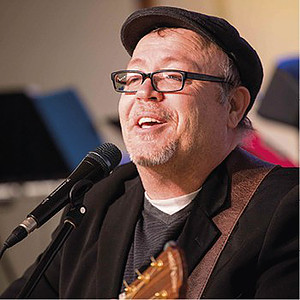