It was a privilege to hear this wonderful testimony!


In their early married years Josh and Annette Sofaer served as missionaries with Jews for Jesus in New York City, then for another five years in Los Angeles.  They felt called to return to New York so that Josh could develop Jews for Jesus' youth and camp ministries on the East Coast, so Josh and Annette served in New York from 2000-2011, during which time their daughters Eliana and Taliah were born, and Josh became the branch director.

During those years, Annette was a full-time mom, with side duties such as leading a moms Bible study and helping wives of missionary trainees transition to life in ministry.  In 2011, the Sofaer family moved to Portland, Oregon so that Josh could complete a master's degree at Western Seminary.

In August 2012 the Sofaer family moved to Los Angeles so that Josh could begin directing the Jews for Jesus work in Southern California.  Though the family is still very much in the midst of transitioning to a new area, Josh and Annette are excited to see what the Lord will be doing through Jews for Jesus there.  In 2015, Annette returned to part-time staff with Jews for Jesus, first in church relations department, and now as a missionary to the Jewish women in the Southern California area. 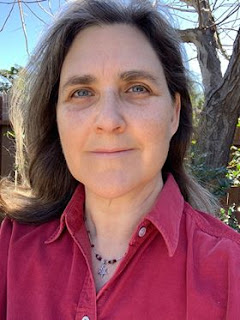 Posted by Ethel Chadwick at 4:25 AM