A Rabbi in the House - Jim Appel

Rabbi Jim has been the spiritual leader of Congregation Shema Yisrael since 1996 and a Jewish follower of Yeshua since 1977. He is ordained by the International Alliance of Messianic Congregations and Synagogues. Rabbi Jim previously worked for Xerox Corporation in Webster, N.Y., for 24 years as an optical engineer and engineering manager. He holds more than 45 patents in the areas of copier imaging systems and laser printing. Rabbi Jim received a bachelor’s degree in optical engineering from the University of Rochester in 1967 and a master’s degree in physics from the University of Southern California in 1970.


Rabbi Jim decided to follow Yeshua after a long spiritual search. He grew up with parents who taught him that G-d did not exist and organize religion deceived and oppressed people. In 1967, after completing college, Jim became disillusioned with life as an atheist. He rejected his parent’s teachings and began his search for spiritual reality. This search took him into the world of mind-altering drugs and yoga meditation and ended with a dramatic encounter with Yeshua the Messiah, who revealed himself to Rabbi Jim in the privacy of his bedroom without the assistance of any other person.

Rabbi Jim and his wife, Diane, live in Brighton (a suburb of Rochester), and they have two grown children. Rabbi Jim will share some exciting news about Congregation Shema Yisrael! 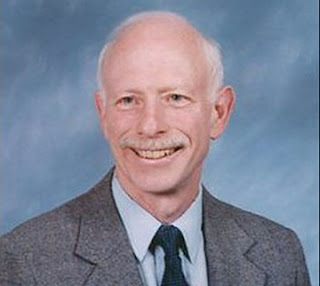 Posted by Ethel Chadwick at 4:26 PM