So excited to interview one of the most talented Rabbis I know!    Writer and director of the movie "Sound of the Spirit," author of many books, etc.


Beyond his service as a Rabbi, Wolf is an avid writer of books, plays, and screenplays. His first novel, The Upper Zoo, published in 2012 by Destiny Image, rose to number three across all genres at Amazon.com. In addition, he wrote and directed the film "The Sound of the Spirit"--also released in 2012--which consistently hovers around 8.0 on the Internet Movie Database and has been shown several times on various television networks around the world. It's also an Amazon Prime-streaming movie. His second novel, The Linotype Operator, is published by Finishing Line Press and was released in June of 2016. New York Times number one and Oprah selection author Jacqueline Mitchard has written about The Linotype Operator, "It enchanted me in a way I've been enchanted by only a handful of stories over the last ten years. When I finished it, I wanted to read it all over again." His third novel is the sequel to The Linotype Operator, The Other: The Linotype Legacy--also published by Finishing Line Press. Best-selling author Dee Brestin calls it a "fascinating read," with an "engaging, sometimes unexpected storyline." Wolf lives in Cincinnati with his wife Rachel, an author and editor of Northlight art books.

Find out  more at https://www.amazon.com/Michael-Robert-Wolf/e/B00DXLWT2A%3Fref=dbs_a_mng_rwt_scns_share 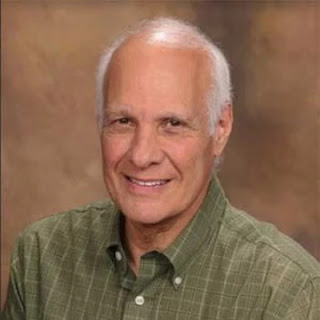 Posted by Ethel Chadwick at 2:18 PM