I first interviewed Steven maybe 20 years ago.   I thought it was time to have him back!

Steven is the president of Empire Recycling Corporation in Utica, New York, a company that has been owned and operated by the Kowalsky Family for 103 years.

Steven worked for Empire during his teenage years, he then entered Curry College in Massachusetts to study anthropology.  Steven’s  love of music led him to the Institute of Audio Research in New York City, and ultimately landing him in a band in Boulder, Colorado where he was the drummer and band manager.

It was in Colorado that Steven met his wife, Monica.  They are now celebrating 43 years!  They have two children and four grandchildren.  Steven grew up in a Jewish family which established the values that he still holds close today.  Steven and Monica became believers in Yeshua and gave their lives to their Messiah 1994.

As president of Empire Recycling Corporation, and the Empire Recycling Family of Companies, Steven is fortunate that his position provides many opportunities to give back… not only on the corporate level through community partnerships with not-for-profit organizations, but also giving of his time.  He currently serves on the Board of Directors for the Rescue Mission of Utica, the Board of Directors and Performing Arts Chair of Munson-Williams-Proctor Arts Institute, and He is  a former Board Member of the Mohawk Valley Council on Alcoholism and Addition and Sitrin Healthcare Foundation. Steven also served as a former Board President for Temple Beth-El.  Steven’s love of music has kept him active on worship teams for 25-years at various Messianic congregations, and he currently in a leadership position at Beit Messiah. 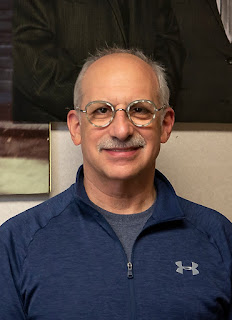 Posted by Ethel Chadwick at 2:21 PM