Shalom!  As a tribute to the recently departed Henry Wright I thought I would re-air this interview from 2010.


Henry W. Wright was the president and founder of Be in Health Global. He was exposed to the power of spiritual healing at an early age when his mother was miraculously cured of terminal cancer and a fatal tumor that was wrapped around her jugular vein. Wright was committed to the belief that human problems are fundamentally spiritual, with associated physical and psychological manifestations. With his pre-med background and insights into the medical as well as the spiritual aspects of disease, he brought a fresh perspective to the process of ministering to the sick.

He authored two books, A More Excellent Way and Exposing the Spiritual Roots of Disease. He also has presented seminars worldwide and across broad denominational lines for a number of years and was a frequent guest on many well-known television and radio programs. Wright was also the pastor of Hope of the Generations Church in Thomaston, Georgia. 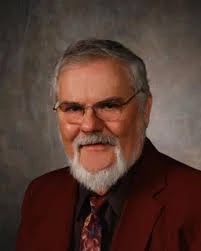 Posted by Ethel Chadwick at 2:28 PM