This is a wonderful show!   It's full of beautiful Chanukah music from Nancy Santiago, Ted Pearce, Marty Goetz, Greg Silverman and Sara Liberman.   You'll really enjoy the interview with Dr. Michael Brown.  Here is more info about him:

Since coming to faith in 1971 as a 16 year-old, heroin-shooting Jewish rock drummer, Dr. Michael Brown has devoted his life to fostering awakening in the Church, sparking moral and cultural revolution in the society, raising up gospel laborers for the nations, and reaching out to his own Jewish people. He is the host of the nationally syndicated Line of Fire radio broadcast, the president of FIRE School of Ministry, and a professor of Bible and Hebrew studies at several leading seminaries. He has a PhD in Near Eastern Languages and Literatures from New York University, has preached in more than 25 nations, and is the author of over 30 books and numerous scholarly and popular articles. Dr. Brown has debated Jewish rabbis, agnostic professors, and gay activists on radio, TV, and college campuses, and he is widely considered to be the world’s foremost Messianic Jewish apologist. (http://askdrbrown.org/) 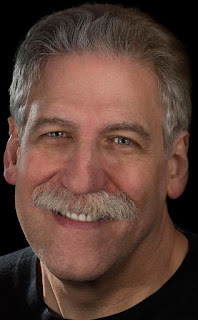