What a fun show today!   Dr. Ed of Upper Cervical Chiropractic of Rochester joined me in the studio.  He shared how he came to the Lord and how he became interested in chiropractic medicine.

Dr. Ed is my new sponsor and I have been going to him for a few months.   I have already begun to see positive changes in my health.

Listen and see what you think!  And of course you will enjoy wonderful music from Jonathan Settel, Miqedem, Sue Samuel, Ted Pearce and Paul Wilbur! 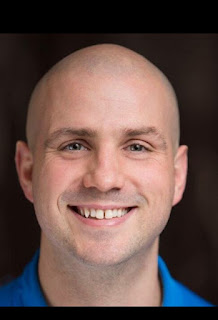 Posted by Ethel Chadwick at 6:06 PM No comments:

While at the Messiah Conference in PA this past summer, I bought a book by Jaclyn Zant.   I had never heard of her, but the seller assured me that I would love it and would want to purchase all 3 books in the series!

The author was Jaclyn Zant and boy do I love her books, "Petrified Hearts."   Jaclyn wasn't raised Jewish but she fell in love with the Messianic Movement after visiting a Messianic Congregation.

I call her books "Messianic fiction."  They are full of mystery, drama, romance and comedy.

Here's a little more about "Petrified Hearts" - a novel series about healing and learning to trust God when life unravels.

Sassy and independent, confident and secure, growing up in the family business with her four brothers has taught Rae to be fearless, tough-minded, and not so easily intimidated—assets in their male-dominated profession. When her mother, both nurturer and friend—and the only oasis in this sea of testosterone, is suddenly killed, Rae’s life is up-ended, leaving her wounded, confused and resentful toward God. But when a prank leaves her stranded far from home and the shelter of her dad and brothers, she learns she cannot run from Him for very long.

Centered around church and family, Heath’s life was ideal—or so he thought. Then, when his wife suddenly wants out, the rug is pulled out from under him. Left alone to care for his eight-month-old son, his heart and his life in pieces, moving back in with his mom and the group of elderly boarders who share her house, seemed the practical thing to do. But is he really just hiding-out?
‘For better or for worse’Andrea had made vows to God—who knew that ‘worse’ would come so quickly in their marriage and stay so long? When, after twenty-five years, Andrea is widowed, she purposes in her heart that she will eschew marriage and devote herself only to God—but is that His will for her?

Our deepest hurts and disappointments: who can heal them? We make promises that we will never again allow our heart selves to be hurt and hold back part—or all—of our heart from God. But in His mercy, God wants to heal our hurts and draw us close to Himself as He reveals to us His heart of love.

Enjoy this wonderful interview -- and lots of great music too!!! 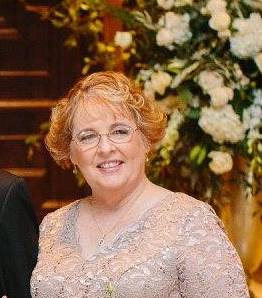 I love how my friends give me great tips on interesting folks for Bagels and Blessings.  I had the privilege to interview Terry Beatley and was completely blown away!   Order her book "What if We've Been Wrong - My Promise to America's Abortion King" at www.abortionking.com and mention code "BB" to get a great discount!

After twenty years working in the insurance and investment business, Terry did what feminists had warned would be most dissatisfying – she became a stay-at-home mom homeschooling her children for the next eight years and loved the experience! While studying American history, Terry became perplexed as to how America overcame slavery only to dehumanize another category of people – unborn babies.

Her quest for answers uncovered how the feminist-led abortion lobby has successfully usurped and undermined parental rights. Terry's research culminated in a rare interview of Bernard N. Nathanson, M.D., the regretful cofounder of NARAL who trained Planned Parenthood doctors how to perform abortions and admitted to fast-tracking a racist population-control plan and manipulating Catholics to support the pro-abortion agenda. This interview and the promise Terry made Dr. Nathanson changed her life forever.

Listening to Dr. Nathanson's remorse for exploiting women and stripping the unborn child of all rights and protections inspired Terry to make Dr. Nathanson a  promise: to teach Americans his 8-point strategy of deceit and to deliver his personal parting message about "lov[ing] one another" until it becomes common knowledge or until Roe v Wade is overturned. As president of Hosea Initiative, Terry stays laser focused on the mission of teaching to bring healing truth to our broken world because all lives matter.

In 2016, Terry released her compelling book, What If We've Been Wrong?  Keeping my promise to America's "Abortion King," written for people on both sides of the abortion issue. In addition, she secured the exclusive movie rights to all of Dr. Nathanson's literary works. A feature film is in the planning stages.

A graduate of the 2014-2015 Chuck Colson Fellows Worldview Program, Terry discovered three years earlier how influential worldview training is while managing a PAC in 2011. It helped defeat Planned Parenthood’s “Saving Grace in the Virginia General Assembly" earning Terry the title, "The Worst Virginian in the World" by a pro-abortion blogger and "The Greatest Impact Award" by a pro-life blogger. Terry has worked to awaken Virginians to the domestic and international threat to their parental rights and she has worked toward racial reconciliation by uplifting the principles of American liberty in minority communities. Currently, Terry serves on the Virginia Christian Alliance Board of Directors.

She is a 1986 Virginia Tech graduate; resides in Virginia with her husband of 30 years and two children. 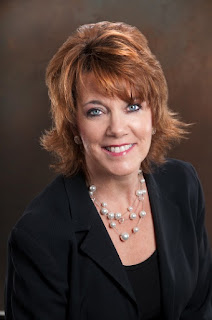 Posted by Ethel Chadwick at 5:48 AM No comments:

Today's exciting show featured a pre-recorded interview with the new Executive Director of the UMJC (Union of Messianic Jewish Congregations), Monique Brumbach.   Monique grew up in a Messianic home and grew up loving her Jewish Messiah.  Monique is the wife of Rabbi Joshua Brumbach and they lead Ahavat Zion Congregation in Santa Monica, CA. 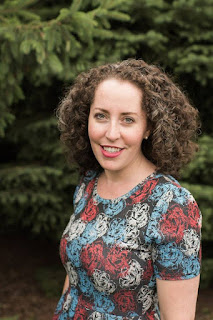 Posted by Ethel Chadwick at 8:26 PM No comments:

Do you believe in miracles?   Hear the story of a nice Jewish boy who grew up to find his Messiah Yeshua!  Rabbi Andy Meyerson experienced many miracles along the way - which makes for a fascinating interview!!!

Enjoy your favorite Messianic music and be amazed! 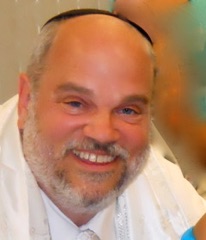 Posted by Ethel Chadwick at 10:26 AM No comments: