What a fun interview today!  Matt McKeown is the Associate Pastor at the United Brethren in Christ Church (UBIC) in Holly Hill Florida and the Manager of Sound Mind Studios. His music is featured in televised sports games and events for the NFL, NBA, NHL, MLB, and F1 racing. He also has worked in ADR for programs like Hawaii Five 0, Law and Order SVU, and The Man in the High Castle.

In ministry Matt has served on his denomination’s Youth Leadership Team and National Human Sexuality Task Force. Matt has a passion for studying Messianic Judaism and as a Christian Pastor lives a Messianic lifestyle; willingly attending his local Messianic Synagogue, studying at Yeshivat Shuvu, eating Kosher and teaching from a Messianic Jewish perspective. He has also taught on tours in the Holy Land and has provided music for the Bless Israel Network. Matt has done voice over work for FFOZ on their television show and is the voice of Torah Kids audio lessons and their books ‘Tent of David’ and ‘Elementary Principles’. He is currently recording the audio version of the Complete Jewish Bible by David H. Stern.

The call on Pastor Matt’s life is an interesting one. The Lord is using him to be a bridge between the Christian world and the Jewish world. It is his desire to see Jewish people recognize Yeshua (Jesus) as the Jewish Messiah and for Christians to recognize the Jewish foundation of their faith.

Matt, his wife Kara and their three teenage children live in the Daytona Beach area of Florida and in addition to serving at UBIC attend Beth Judah Messianic Synagogue in Ormond Beach. 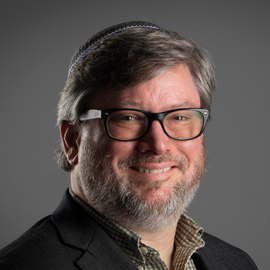 With permission from the Messianic Times (this first appeared in the December, 2022 issue) I am happy to share this pre-recorded interview with Avi Abrams.  Originally from Russia, he came to know the Lord through a bizarre set of circumstances.  Eventually  he moved to Calgary, Aberta, Canada and he led his mother to the Lord.  She also joined him in Calgary.  Together they attend Beth Shechina Messianic Congregation where Avi is the Cantor, Worship Leader and Web Designer. 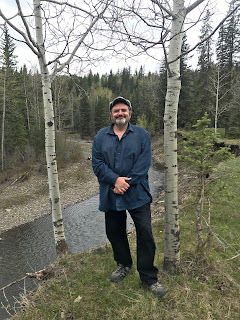 Thanks to the Messianic Times Newspaper, I became aware of this fascinating lady named Rachel Kushner.  She has a wonderful testimony and an even more amazing ministry called "Links to Messiah!"

Rachel  is a Jewish believer. Her parents were in ministry and felt called to serve the Jewish community.  She and her two younger sisters grew up experiencing the best of both worlds: Passover and Easter, Christmas and Hanukkah, Rosh Hashanah, and Shabbat dinners on Friday evenings.  They learned Hebrew prayers, enjoyed latkes in the winter and seder meals in the spring. Most meaningful was learning the deep connection of how Yeshua fulfilled the prophecies foretold in the Old Testament.
“Links to Messiah" is an online ministry where people can buy a holiday box with instructions on how to celebrate various Jewish holidays.
For more info click here:
Home - Links to Messiah 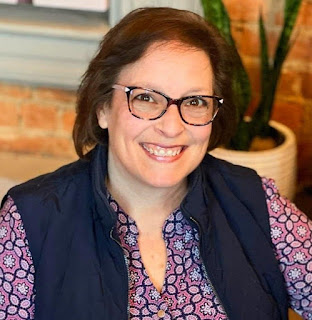 Posted by Ethel Chadwick at 1:42 PM No comments:

Anna Hershman was born into an Irish Catholic family.  The daughter of a modern day woman at the well, her childhood was extremely tumultuous.  She became born-again and started attending a Baptist church.  She married a Jewish man, and in 1989, on the day of her son Noah’s Bris, she knew the Lord was calling her to Messianic Judaism. Later, Anna’s faith was challenged with the sudden loss of her husband and son, but she continues to praise Adonai for many blessings. 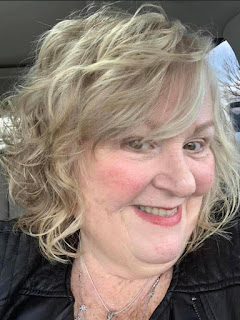 Posted by Ethel Chadwick at 11:59 AM No comments:

What a sweet woman of God!  Here's some info about Misha:

For over a decade Misha has dedicated her life to the art of music and the ministry of worship.

Growing up as the only child to modern day psalmist Marty Goetz and his wife Jennifer, Misha’s earliest memories formed in Nashville behind the piano where she composed her first recorded song at the age of eight. “As a Messianic Jew, my dream is to unite Christian and Jew in worship of the Holy One of Israel,” says Misha. Her style of worship builds upon decades of her father’s ministry and yet incorporates her own youthful style and anointing.

Her first full-length album, Weight of Glory, was released summer 2013 to critical acclaim with the help of a successful Kickstarter campaign. Her debut album is a blend of Messianic and Christian worship styles with most of the songs written and produced by Misha herself.

Above all, Misha’s desire is that her music would penetrate to the heart and usher people into the presence of the Lord. Her heart is to see a generation touched and transformed through surrender in worship. "I love to worship, and it is my greatest joy to see people blessed and changed, the way I am changed in His presence," says Misha.

Misha's newest CDis "A Time for Everything." Before that she and her father Marty produced a full-length DVD and CD titled Marty Goetz & Misha: LIVE from Jerusalem. It was filmed and recorded in Israel, overlooking the Old City of Jerusalem with a 26-piece orchestra.

Currently, Misha resides outside of Washington, D.C. with her husband, Joshua, their six-year-old son, Caleb, and their one-year-old, Samuel. 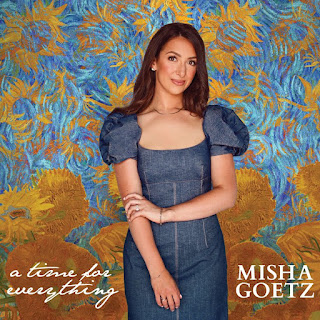 Posted by Ethel Chadwick at 1:37 PM No comments: