Rabbi Michael Schoening and I had a fun conversation a couple of months ago and I finally aired it today!   I know you will enjoy the music also.  I shared from my heart and also did a small tribute to a dear friend who recently went home to be with Yeshua.

Raised in a non-religious home, Michael met God in a southern Baptist church at 6. He served in the missions field with the Methodist church, and became an ordained Pastor in the Nazarene church. In pursuit of the roots of not just his faith, but his heritage, he dove into church and synagogue histories, which led him out of his church. He became a Hebraic Roots Minister and worked for Hebrew nation radio, before being called to Colorado where he and his wife now serve in a Messianic Synagogue. Michael is Rabbinically ordained under the UMJA, is a national speaker, sales trainer, business coach, foster parent, and specialist in emotional trauma. 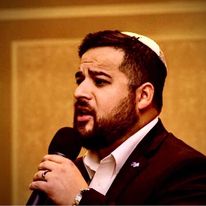 Today I aired a pre-recorded interview with John Glueck.  In the summer of 1970, at the height of the Jesus Movement, the Lord appeared to John forever changing his life. Trained in classical prophetic ministry as well as biblical studies in the renewal and Messianic movements as a young Jewish believer, he went on to share in congregational building and planting ministries. All of this while traveling as a national accounts,sales management and training professional. Today he is Director of the Love and Justice Project based in Kansas City, with works in Rio de Janeiro and the Galilee in Israel. 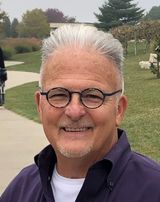 Posted by Ethel Chadwick at 1:34 PM No comments:

David Levitt was just in town for a few days.   He and some other staff members from Be in Health led a workshop at Congregation Shema Yisrael here in Rochester.  It's always informative to learn about the spiritual roots of disease.

I first aired this interview 2 years ago.  I hope you will enjoy it and the wonderful music too.

A little bit about David:

David Levitt was born to his Methodist mother and Jewish father in Atlanta,
GA. He grew up following the Methodist traditions with a few Jewish customs
throughout the year. He came to salvation when he was 20 years old through
Campus Crusade and has been seeking the Lord since.

David is a Teacher and Elder at Hope of the Generations Church and serves on
the board of directors for Be in Health. David has been with Be in Health® for
almost 17 years. He helps oversee the doctrine and teachers at Be in Health
and the For My Life Retreat in Thomaston, GA. His passion is to take seemingly
difficult scriptures and making them easy to understand.

He and his wife Kassy have 5 children and they all love anything outdoors.
You can find teachings by David on YouTube www.youtube.com/beinhealth. 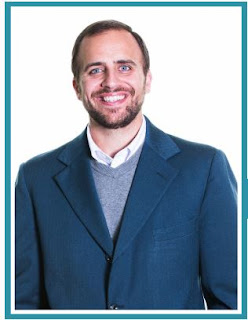 Posted by Ethel Chadwick at 3:40 PM No comments:

Shalom my friends!  I had fun speaking with Rebbetzin Susan Feldman (that means she is a Rabbi's wife - as in married to Rabbi Jerry Feldman).  Susan was raised in a Gentile home but was drawn to the Jewish roots of her faith.  She met her Jewish husband and he discovered his Jewish Messiah.   Together they lead Adat Yeshua Messianic Congregation in Overland Park, Kansas.

Thanks for listening!!!   Let me know how I can pray for you -- email me at bagelsandblessings@gmail.com! 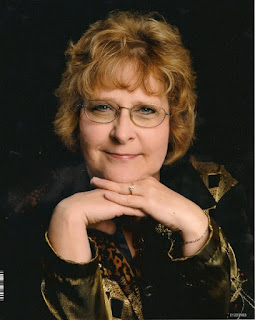 Posted by Ethel Chadwick at 3:48 PM No comments: