So happy to have Dr. Ed back with me on the program!   He is committed to getting people healthy!   You don't want to miss this one.   Every time he comes on the program I learn something different.  Thank God for chiropractors like Dr. Ed!

I highly recommend Upper Cervical Chiropractic of Rochester.   You don't have to live with pain, headaches or backaches!  God wants you to be healthy! 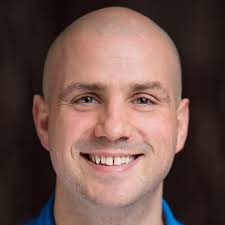 Posted by Ethel Chadwick at 4:47 PM No comments:

I discovered an sweet young lady who loves Yeshua.   What a blessing to hear her story!!!

Tamar Klayman is the founder and director of The Messianic Woman ministries. She was raised in a Messianic-Jewish home and embraced Yeshua (Jesus) at seven as her personal Messiah. She has a Bachelor's in Biblical Arts with an emphasis in Jewish Studies from Moody Bible Institute. Tamar is a certified life coach, teacher and trainer with the John Maxwell School of Leadership. She is a fiery evangelist and teacher who's dedicated to reaching her Jewish people with the gospel and sharing with Christians about the Jewish roots of their faith in Yeshua. Tamar has ministered in Israel, Mexico, Africa, England and throughout the United States. She speaks in churches, women's conferences and retreats. Her passion is to educate, equip and empower women in their identity and purpose as followers of Yeshua. She strives to live life to the fullest with zeal and zest to serve God and people! 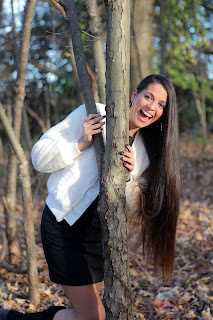 For the past few years I have noticed a wonderful worship leader at the Messiah Conference in Pennsylvania.   I learned that his name was Jim White.   He and his wife lead worship together and I knew I needed to know more about him.  You will love hearing his story and enjoy great music!

Here is his story in his own words:


In the summer of 1998 I was working aboard the Holland American cruise ship called the M.S. Noordam (since retired). I was fulfilling a life-long dream of becoming a broadway performer! After 5 years of continuous travel, from job to job singing and dancing.... I met the Lord on that cruise ship!!!!

I was sitting in the on board library called the ‘bookchest’ where I was reading a Bible I had been given. I was in the book of Acts chapter 9 where Paul was on his way to Damascus.... when it hit me that God is truly in control of our lives!!!! not us!!!

I remember reading that after Ananias had prayed for Paul, that the Holy Spirit came into him and something like scales fell from his eye. It was truly as if God had opened my eyes at the reading of what happened to Paul, and it just made sense!

I immediately became a legalist! Every song that had the word ‘God’ in it I refused to sing, for fear of taking the Lord’s name in vain. Shortly after receiving the Lord in my heart I landed in California and was led to Calvary Costa Mesa. I didn’t care what kind of work I did, I just wanted to be close to the church and get grounded in the ‘Word.’

I worked for a Christian cleaning company called ‘Bethlehem’ where we cleaned restaurant drains, but I didn’t care. I didn’t want anything to do with the ‘lime-light’. During this time I also volunteered for David Hocking at ‘Hope For Today’ where I helped film his studies every week. David knew of my singing experiences and on occasion he would say, “Jim (in his booming bass voice)... why don’t you sing the next verse on this hymn” and I would. Then he would announce to his congregation that I used to sing on cruise ships, and now I’m singing for the Lord. It was David that encouraged me get back into singing, which I did and shortly after was invited by Pastor Chuck Smith to sing on his worship team and become part of his staff at Calvary Chapel Costa Mesa, which happened in feb 2007.

Pastor Chuck has since gone home to be with the Lord, and his legacy has certainly continued. While at Calvary Chapel Costa Mesa, I met my wife Amy where she and her three sisters and their Dad were on the road touring the United States, Canada and parts of South America. They were known as “The Johnson Family,” and they sang their way into the hearts of thousands traveling church to church. The Johnson Family sang alongside some of the gospel greats like; The Gaither Vocal band, The Isaacs, The Hoppers and Ernie Hass & the Signature Sound just to name a few.
Today, my wife and I lead worship at a Jewish Messianic Congregation in Irvine, California called ‘Shuvah Y’Israel which is taken from Hosea chapter 14 where it says ‘return O Israel to your Lord’. We also teach the Jr high, Sr high & College age classes at Shuvah, where we teach the youth that in whatever you do in life; ‘Do it as unto and let it be pleasing to the Lord’.

Together with our four children; Savanah – 5, Elisha – 4, Gage – 2 and Israel – 1 we continue to teach voice, worship teams and congregations whenever and wherever needed. 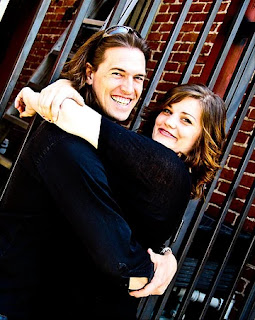 Posted by Ethel Chadwick at 6:52 PM No comments: