Thanks to my buddy Jonathan Settel, I learned about this fascinating woman and had the privilege to interview her!   She has authored a book called "Just a Little Girl," about her death experience -- she was pronounced clinically dead but lived to tell the story!

Dr. Victoria Sarvadi received her Th.M. and Th.D. in 2005 from the former Center for the Study of Biblical Research in Glendora, California, accredited at the time by the State of California. A certified minister in the Hebraic Christian Global Community since 2000, she is a frequent contributor to Restore! Magazine, a publication of the HCGC. She has been a speaker for conferences, congregations, women’s ministry groups, Bible studies, and at the Vision for Israel Sukkot Conferences in Jerusalem, Israel.


As a featured guest on national and international radio and television programs, her appearances on both the Jewish Voice and Marcus & Joni Lamb Show have been seen worldwide. Her Precious Gems teachings on the Jewish roots of Christianity have appeared in numerous publications and will soon be available online at VictoriaSarvadi.com. She has six children, nineteen grandchildren, and is married to Paul Sarvadi, Chairman, CEO, and Co-Founder of Insperity, Inc., a world leader in business and human resources services based in Kingwood, Texas. As co-founders of the Nathaniel Foundation, the Sarvadis philanthropic contributions support numerous charities in the U.S. and abroad. All proceeds from Just a Little Girl will fund the Nathaniel Foundation.
When eighteen-year-old Victoria dies in the ICU and encounters an angel that gives her a prophetic mandate from God, her insatiable quest for spiritual enlightenment begins. As compelling as any contemporary novel, Just a Little Girl is the debut memoir of an inspiring woman with keen perception and exceptional resilience. This dramatic true story is a roller-coaster ride through supernatural experience, denominational enlightenment, and a teenage marriage that not only survives the loss of a child but thrives through unbeatable odds.
Shining a fresh light on the theology of a Jewish Jesus, the author deftly weaves the history of the Christian faith from its genesis of the first century to the present-day Greco-Roman Christianity-all the while giving us an up close and personal glimpse of an extraordinary life.
A devoted wife, mother of six, and grandmother of nineteen, Victoria refuses to succumb to age and limitations. Far from “just a little girl,” Victoria Sarvadi’s unconventional journey from teenage mom to Hebraic scholar and teacher will captivate and consume you
from start to finish. 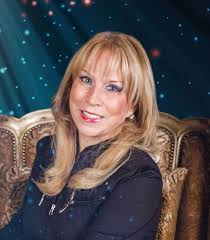 Posted by Ethel Chadwick at 2:18 PM No comments:

How wonderful to have Jonathan Settel back on Bagels and Blessings!   Yes, it's the man with the big booming voice - you hear him open up the program every week!   He is a dear friend and a strong believer in Yeshua!   You will hear some of my favorite Settel tunes and a wonderful interview where he discusses a little bit of this....and a little bit of that!   Also this show features some NEW music! 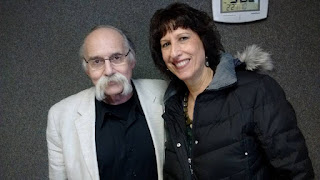 Posted by Ethel Chadwick at 7:29 AM No comments:

So happy to have Bishop Ron back on Bagels and Blessings!   On today's show he invites everyone to attend the March of Remembrance on April 11.   You'll love the music too!

Yom Hashoah is a day of remembering those who perished in the Holocaust.   Let us never forget.

Here's what Wikepedia has to say: 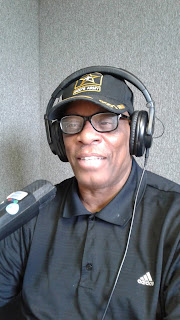 Posted by Ethel Chadwick at 2:32 PM No comments: