As a leading Holocaust Scholar and leader with the March of Remembrance, Rabbi Rantz is presently also developing his Masters Thesis on "The Complicity of the German Church and the Nazi Holocaust" into book form and has recently written a book about the Black Lives Matter movement.

Enjoy some great music too!! 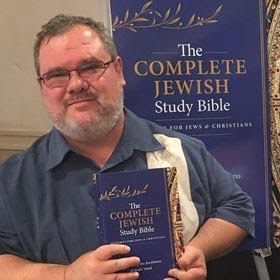 Posted by Ethel Chadwick at 3:11 PM No comments:

I met Elyse a very long time ago when I visited family in Hawaii.  I was looking to connect with other Messianic believers and got her contact info.   We have stayed in touch over the years.  I first interviewed her at the Messiah Conference maybe 10 years ago, so this is a nice refresher!
You will love her story and of course the great music too!  Here's a little more about Elyse:

Elyse grew up in the 1950s and 1960s in New York City.  Her Jewish parents were secular and didn’t raise her in the faith.  When she was in college, she started searching for meaning in life and truth. She came to the Lord Yeshua as a hippie during The Jesus Revolution.  As she grew in The Lord, she started to appreciate how significant the Judaic roots are to Christianity.  She now strongly identifies with her Jewish roots as a Messianic Jew.  Elyse lives in Hawaii and is a very talented artist.   Find her art projects here: 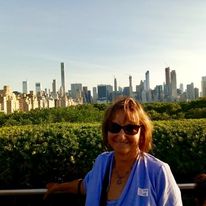 Dr. Adrian Bernal is a Sephardic Jewish believer. He holds a Bachelor of Biblical Studies with a major in Biblical linguistics,  a Master's of Theological Studies with a major in Biblical Counseling and minor in Jewish Studies, and a Doctor of Ministry with a major in Jewish Studies. Over the past 29 years he has led congregations in Hawaii, Wyoming, Idaho, and Alaska. He has been involved with the Messianic Movement since 1987 and has a passion for the lost. He enjoys teaching the Jewish Roots of the faith to the Church. He has also developed curriculum for the class and is currently writing commentaries on 1 and 2 Timothy. He is the senior rabbi for Beth Yeshua Messianic Synagogue in Coral Springs, Florida. In his spare time he is a golf teaching professional with the United States Golf Teachers Federation and was ranked the top 100 golf teaching professionals for the 2020/2021 season. He enjoys spending time fishing and kayaking with his wife and they make their home in Margate, FL. 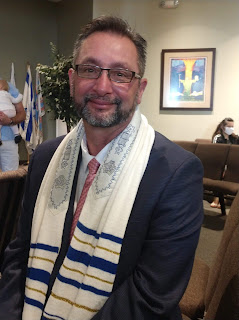 I was once a Weiner too -- back in the early days LOL.   I met Brett over Facebook and he agreed to share his faith journey on Bagels and Blessings.  You'll enjoy some music honoring Yom Hashoah (Day of Remembrance) and the Israeli Independence Day too.   Lots of great music.  And here's a little bit about Brett:

Brett was raised Christian, but his grandparents were Orthodox Jews. When Brett was in his twenties, the Psalms and the prayer book pronouns became personal to him.  He was told that Abraham would have descendants that would be as numerous as the stars in heaven, and the sands on the seashore and that he could be one of them. He just needed to accept his seed which was one in the Messiah. He loves celebrating the Jewish holidays, especially the Feast of Tabernacles.
Brett and his wife reside in West Springfield Massachusetts and have two adult sons who walk with the Lord. 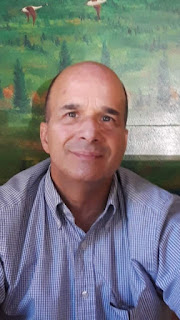 Posted by Ethel Chadwick at 1:47 PM No comments: