Between speaking with Shmuel Salway and then Kayla Nostrum, I think I have a pretty good idea about Lech L'cha Ministries.   What a wonderful organization!
Here is a little bit about Kayla:
Kayla is the oldest of four girls and was raised in a believing family. She was born in Colorado and raised in Kalispell Montana. When Kayla was nineteen years old she moved to Chicago where she attended Moody Bible institute. It was there that Kayla gave her life to the Lord and graduated with a bachelor’s degree in pre-counseling. While she was in Chicago the Lord opened her eyes to the Jewish roots of the faith, gave her a burden for the Jewish people and opened the door for her to move to Israel. Kayla has been living and serving there since August 2018. She studied Messianic Studies for a year at Israel College of the Bible, learned Hebrew at Ulpan (Hebrew language school) and is currently serving with a local Israeli discipleship ministry called Lech Lcha (לך לך).
You will also enjoy great music from Jonathan Settel, Deborah Kline-Iantorno, Marty Goetz, Aaron Shust, Paul Wilbur and Sue Samuel. 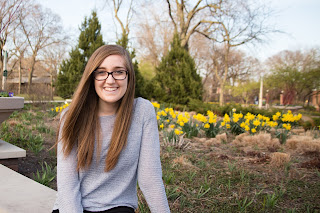 A friend recommended that I speak with Shmuel Salway and I learned that he is a fascinating man with a heart to teach others about Yeshua!
Here is more about him:  Shmuel, currently the Director of Lech L'cha Discipleship Ministry, served as the Associate Pastor of Adonai Roi (The Lord is My Shepherd) Congregation before joining the team of Lech L'cha. Shmuel was born in Tel Aviv to Jewish parents who immigrated to Israel from
India. He attended a Messianic Congregation for much of his childhood,and became serious about his own faith when he was 15 and, at ayouth camp, decided to give his life to the Lord.
After graduating from high school, he served as a combat medic in the Israeli army on the Golan Heights and in Lebanon. Later, while majoring in Geography at Tel Aviv University, Shmuel was drawn to serving in summer camps with a strong aspiration to reach out to youth - knowing how important it is for this age group to have someone to challenge them in the Lord.  After working for several years in security for El Al (Israeli Airlines) and the Israeli Consulate in New York, Shmuel returned to Israel and began attending Adonai Roi Congregation in the spring of 2003. That same year, he was invited to become the Youth Pastor. Through meetings with other youth leaders from different congregations around Israel, Shmuel met Suzie, who is also a native-born Israeli. In 2006, they married and currently have four children: Together they continued to be involved in leading youth and young believers in the inter-congregational youth group Neged Hazerem (Against the Flow) gathering the youth of multiple congregations together for weekly events. They were also actively involved in Katzir (The Harvest)
organizing nationwide youth camps. Shmuel and his family moved to Yad Hashmona, a Messianic village in the Judean hills a few years ago, and they are blessed to have him serve in Lech L'cha. Shmuel's passion is to disciple the next generation of believers in Israel, equipping them to continue in their God-given callings. 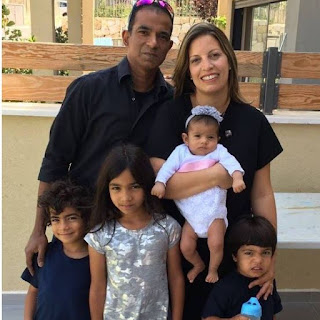 Posted by Ethel Chadwick at 1:55 PM No comments:

Shalom!  We've all heard Paul Wilbur sing "Blessed Are You," from his Jerusalem Arise CD.   But did you know it was written by Donna Milgaten?   Upon researching copyright information I stumbled upon this little known fact and discovered a very sweet and very talented lady!   In this show I feature music from the Forgiven CD - all songs written by Donna!
Raised in a Gentile home, Donna discovered the Jewish roots of her faith and fell in love with Messianic Judaism.   After hearing her group Water to Wine perform at a Jews For Jesus gathering, Moishe Rosen (J4J founder) encouraged the group to record their music and share it with the world. Later that year the trio began tracking their album Forgiven at Son Song Studios in Las Vegas.
Donna signed with Sound Oasis Productions, Paul Wilbur discovered her song "Blessed Are You," and the rest is history!!   Enjoy the music but please stay for the interview!! 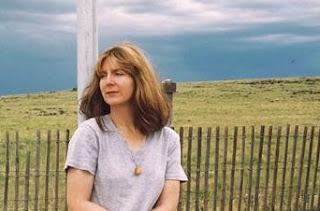 Had a great interview with Elton McMillan!  Elton is the Director of Strategic Relationships with ONE FOR ISRAEL focusing on Major Donors and Church Partnerships. With over thirty years of ministry experience and international mission work, Elton is passionate about seeing Jesus revealed to the nations. Married to his wife Heather for 30 years they are blessed to have raised four wonderful children and deeply love their two daughters-in-law.
Enjoy some great music too! 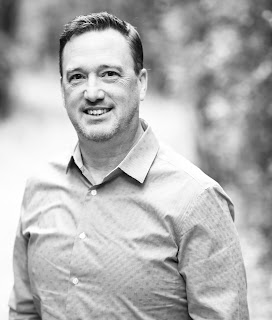 Posted by Ethel Chadwick at 3:54 PM No comments: