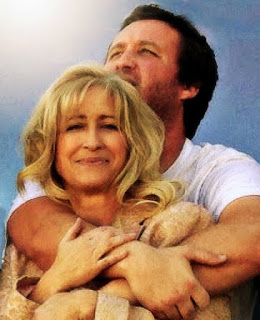 
Steven is the president of Jewish Outreach International. He is a Jewish believer in Yeshua, a licensed Southern Baptist Minister and ministers throughout the world. Since 1998, Steven has challenged millions with his evangelistic clothing. He has personally distributed over 600,000 Gospel materials in 28 countries and has prayed with hundreds of Jews and gentiles to receive Yeshua.
Steven has been certified, by the North American Mission Board of the Southern Baptist Convention, as an Interfaith Evangelism Specialist on Judaism.
Steven has recently published a book about his experiences called "God Stories From the Jewish Mission Field." 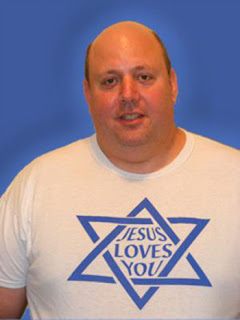 Posted by Ethel Chadwick at 1:33 PM No comments:

FIRST TIME EVER ON BAGELS AND BLESSINGS!!!  SOUTHERN GOSPEL/ BLUEGRASS MUSIC FROM THE ISAACS!!!

It was exciting to hear The Isaacs while at the Messiah Conference. I never knew of their connection to Judaism.  Today's show featured a pre-recorded interview with Lily Isaacs, the matriarch of The Isaacs, with a personal story as layered as the group's signature vocals. Born in Germany to two Polish-Jewish Holocaust survivors, Lilly moved to the U.S. when she was two-years-old. Her family settled in the Bronx where she studied theatre and performed off Broadway. In 1971.

The Isaacs, a multi-award winning family group who began singing 35 years ago are based out of Hendersonville, TN. The vocalists are mother Lily Isaacs and siblings Ben Isaacs, Sonya Isaacs Yeary and Rebecca Isaacs Bowman. Playing their own acoustic instruments and joined by other band members, The Isaacs have a unique style that blends tight family harmony with contemporary acoustic instrumentation that appeals to a variety of audiences. Their musical style has been influenced by many  genres of music including bluegrass, rhythm and blues, folk, and country, contemporary, acoustic and southern gospel. 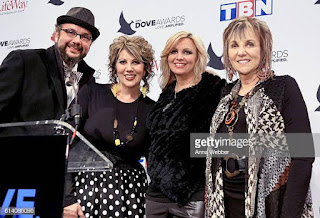