I recently had the opportunity to speak with Karen Davis.   It was so much fun!   This show includes lots of her music.   I know you will enjoy it!


Karen is the Worship Director of Carmel Congregation (“Kehilat HaCarmel”), a Messianic congregation located on the top of Mount Carmel, Israel, where her late husband David served as Founding/Senior Pastor for 25 years. Karen was born in the U.S. in a Jewish family. Karen then had a life-changing encounter with Jesus (“Yeshua”) in New York City where she was developing her musical talents. She and her husband immigrated to Israel in 1989 and founded House of Victory rehabilitation center for Jews and Arabs and Carmel Congregation in 1991. Karen and her “one new man” worship team of Jews and Arabs are dedicated to building unity in the Body of Messiah in Israel through praise and worship.

Karen is a recording artist and songwriter, well-known internationally for her Messianic praise and worship music. She has recorded numerous solo albums of original music in Hebrew and English, which are distributed internationally by Galilee of the Nations/Sony Music. Her latest recordings are “Songs of Eternity,” “Songs in the Night,” and “The Lord Roars from Zion – Songs of the Warrior Bride.” Karen is also a featured artist on the highly-acclaimed Galilee of the Nations recordings “Adonai,” “Elohim,” and the “Heart for Israel” series.

Permanently residing in Israel, Karen and her late husband David also ministered for many years internationally as a team with a strong emphasis on the prophetic and the “one new man” in Yeshua. Since her husband’s passing Karen continues to speak and lead worship internationally, with a passion to see the “warrior bride” of Messiah arise in the nations.
Her latest release is "Songs of Eternity," from Galilee of the Nations.

Posted by Ethel Chadwick at 2:08 PM No comments:

Shalom!   Today's show is all about trusting the Lord!   Fear not, do not be afraid, for He is with you and He is in control!

I pray you stay safe, have what you need, and remember that no matter what, God loves you!

Enjoy some encouraging music and be blessed!
Posted by Ethel Chadwick at 12:28 PM No comments:

Labels: Fear Not, Messianic Music, Trust in the Lord, We will trust and not be afraid, Yeshua is our Rock


Dr. Richard Hill serves as Messianic Pastor of Beth Yeshua Messianic Congregation in Las Vegas, NV since 2003. He also serves as Ministry Representative with CJF Ministries since 2000. Dr. Rich received his Ph.D. from Antioch Baptist Seminary in 2010. He is hosting a Prophecy Cruise from Los Angeles to San Diego and Ensenada in Dec. ’20.  He is the author of two books:  Israel in Prophecy, A Chronology and Freedom in Messiah: A Messianic Jewish Roots Commentary on the Book of Galatians.  Dr. Rich has been in the Messianic Jewish movement for the past twenty-five years.  Please visit his website (www.bethyeshualv.org; www.cjfm.og) to buy the books or for more information or call 702-256-0840.

Enjoy the music and thanks for listening!!   Oh....and happy Purim! 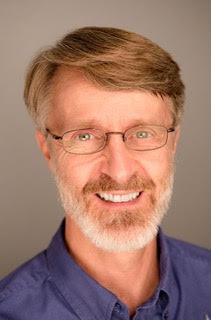 Posted by Ethel Chadwick at 7:38 AM No comments: