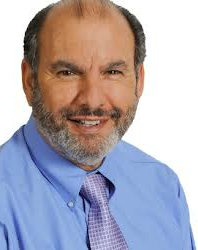 Posted by Ethel Chadwick at 5:51 AM No comments: 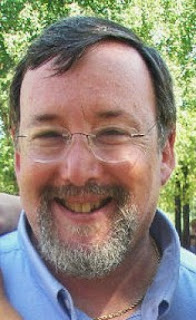 Posted by Ethel Chadwick at 7:35 AM No comments:

I have tried to have Rabbi Jan on air with me so many times -- he is a VERY busy man!  But recently we were both at the Messianic Leaders Roundtable (MLR) in Phoenix, and he finally agreed to sit down with me and record an interview!


Rabbi Jan has been actively involved in the Messianic Jewish movement for well over 40 years. In January 1993, he and his wife Marlene became leaders at Beth Zion Messianic Synagogue in Jackson, New Jersey after serving for 16 years as members of the internationally known Messianic singing group, Kol Simcha (Hebrew for Sound of Joy). They were also members of Congregation Beth Yeshua in Philadelphia, PA for nearly 20 years, serving in various leadership capacities.
Jan was born and raised in a Conservative Jewish home in northern New Jersey. In his high school years, he and his brothers began to move towards a more observant Jewish lifestyle.
In his quest for an intimate personal relationship with the God of Abraham, Isaac, and Jacob, Jan found himself deeply involved in a powerful series of unusual events that ultimately led him to the realization that Yeshua was indeed the long awaited Messiah of his people.
After coming into a knowledge of Messiah in 1971, then in 1975, Jan moved back to Philadelphia, where he began to attend Congregation Beth Yeshua. That same summer, while attending Messiah ’75, a clear vision of Messianic Judaism was deeply sown into his heart.
After years of intensive personal study, and Messianic Yeshiva courses, Jan received his full smikhah (ordination) as a Messianic Rabbi through the International Alliance of Messianic Congregations & Synagogues (IAMCS) towards the end of the 1990s.
Jan is also the publisher of the very popular Passover Trilogy Messianic Haggadah, (in English and Spanish), and started the Lashon Hara-Free Zone button campaign (to stop gossip, slander and the evil tongue). He has also published the Word As A Way of Life Bible Reading Program, with his brother David (Messianic Rabbi of Congregation Shuvah Yisrael in East Wiliston, NY).
.Jan is also an accomplished singer/songwriter, and since coming to Beth Zion, has produced six musical CDs. With a wide-ranging gift for musical storytelling, he shares the truth of Yeshua through Jewish eyes in word and song (available at iTunes and RabbiJan.com).
Enjoy a special program featuring many of his wonderful songs! 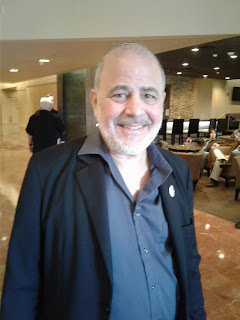 Posted by Ethel Chadwick at 3:17 PM No comments:

Back by popular demand!!   Dr. Ed from Upper Cervical Chiropractic of Rochester came back to the studio today!   This energetic young man certainly LOVES the Lord and loves helping people get healthy!

Dr. Ed further explained how important it is for pressure to get OFF the brain stem.   The brain controls EVERYTHING in our body.   So imagine how wonderful it is when the body is working like God intended!

Dr. Ed has seen results with fibromyalgia, migraines, and many other conditions -- too numerous to mention!

Also you will enjoy great music from Marty Goetz & his daughter Misha, Ted Pearce, Michelle Gold, the Schleps and others! 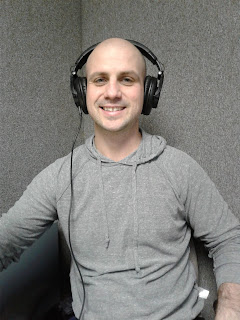 What a pleasure to speak with this sweet lady from Southern California.   You'll love hearing how she came to know Yeshua and will also enjoy some great Chanukah music!!

Suzy Linett was born into a Jewish family and grew up on the East Coast before the family moved to southern California in 1967.  She attended local synagogues as she pursued her education and obtained a degree in occupational therapy from the University of Southern California.  At the time of this writing, she continues to work in that field providing services for children with special needs.  She met evangelical friends and accepted her Messiah and Lord in 1981.  Ms. Linett pursued her Bible education both in her local church and through online studies.  She became an active member of a local Messianic Jewish Synagogue in 1994 and was involved in leadership and teaching until that congregation dissolved.  In 2009, she joined Calvary Faith Center Foursquare Church in Rancho Cucamonga, CA, and pursued ministerial credentials obtaining her U.S. license in 2012 and ordination in 2014.  Currently, she serves on staff as a teacher at that church and is also is the leader of Kehilat Emunah, a Messianic ministry designed to bring Jewish and Gentile believers together in understanding of the whole Word of GOD.  Ms. Linett is the author of Mattityahu-Gift from God, a study of the Gospel of Matthew from a Hebraic perspective and is a speaker at churches and Messianic Synagogues. 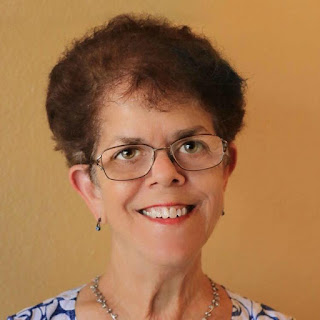 Posted by Ethel Chadwick at 2:02 PM No comments: