It's all in the family!  A few weeks ago, I aired my interview with Tov Rose and now today I shared an interview with his brother Jason!   Here's some info about Jason:

Jason Rose is the Director of our Greater Tel Aviv Messianic Center. He lives and serves the Lord in Tel Aviv, Israel along with his wife Janice and their five boys. Jason grew up in a Jewish home in Minnesota and became a believer when he was 15 years old through the strong testimony of a family member. Jason served in the U.S. Navy for four years and then went on to receive two degrees: a BA in Jewish Studies from Moody Bible Institute in Chicago (2002) and a Masters Degree in English Language Teaching and Learning (2006) from Liverpool University, England (Tel Aviv campus). In 2002, Jason moved to Israel and began his Masters degree program. He served in a local congregation in many capacities. Due to his strong desire to share the Gospel, in 2005, with the help of many friends, Jason created an outreach called the Gospel Cafe. It was a weekly event with live music, free lattes, and an elegant atmosphere.

In March of 2009, Jason became a full-time staff member with Chosen People Ministries. At that time the Gospel Cafe became a ministry of Chosen People Ministries. Since 2009 dozens of Jewish people have come to know the Lord through our coffee shop outreach. His ministry focuses on outreach, discipleship and education. The vision of Greater Tel Aviv Messianic Center is to provide much needed educational information to the public through classes and courses taught by believers who are professionals in those fields. These environments eliminate some of the cultural barriers to the Gospel and allow us to demonstrate that Jewish believers in Yeshua (Jesus) are actually normal people. Jason is also working with other local Israelis to open a Messianic / Christian school in the Tel Aviv area. Jason and Janice both have a passion for discipling young people and love ministering as a couple. The excellent behavior and good manners of their children have opened many doors to share about Messiah Yeshua (Jesus). As a missionary family they are blessed and honored to serve the Lord among God’s Chosen People in Israel.

Enjoy the music and the interview and Shabbat Shalom! 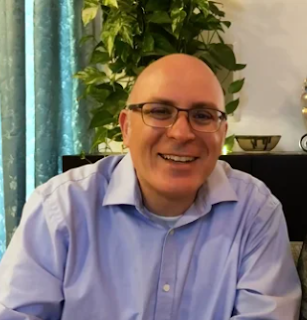 Posted by Ethel Chadwick at 1:32 PM No comments:

You may ask, "How does she find new people to interview?"   Well, I'm glad you asked!  Sometimes I find them on Facebook, other times through a recommendation.   And occasionally someone contacts me and asks to be on the program!

In the late 80’s I remember telling my mother I was planning to get baptized and she responded “before you do that, I want you to find a nice young Rabbi and tell him that I did a bad job of bringing you up as a good Jewish girl.” (Jewish Guilt 101.) It was a difficult journey but this is how my life went from growing up as a Jewish girl and finally finding my redeemer, Yeshua HaMashiach! Baruch HaShem! 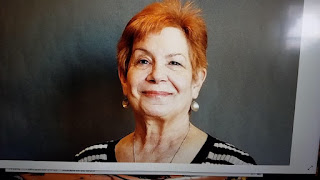 Shalom!  Today you'll hear a fun interview with Susan Gibboney.   Here's her story in her own words:

"I hale from Montreal Quebec Canada and I got here to Orange, a city in California, when I was 18 years old. Due to some very bad choices, I did end up being incarcerated for a short time, for sales of Illegal drugs but that had nothing to do with how much love and attention and encouragement that I got from my parents and my family. It was just that I did have to leave all my friends when I was 18 which was very hard, and settle in Orange County in 68 which was the beginning of drug culture at this time.

I was raised Catholic, private Catholic boarding schools with the nuns, since my mom wanted me to get a good education, and I did finally find Yeshua, my Lord and Savior in 1974 at Calvary Chapel in Costa Mesa with Chuck Smith and Romaine and Greg Laurie. I did have to go through a very hard divorce when I was 29 after being married for six years, since my first husband did cheat on me with a secretary, but the gist of all that is that I have two beautiful sons and they are 44 and 46, and I have six beautiful grandchildren,  one girl and five boys, and after I met my current husband Les, in 1982, At that time my boys were three and five And we did marry when they were five and seven, and then of course my current husband and I had my daughter, who is 36 years old, now. And history repeating itself in that she just married somebody who has two beautiful children,boys, that she shares with him, and they are 11 and eight.
I  had discovered  that I was not receiving everything from God that he wanted me to have, and I became Messianic about 20 years ago through my church Shiloh Messianic Congregation in Crestline.  As I had earlier stated,
after Calvary, where  I was saved, I became part of the Vineyard Church in Anaheim - for a time. And then Shiloh Messianic 20 years ago, when  our church made a big change from Vineyard and Calvary.
And the Blessed and the fun part of that , is it’s my sister and her husband that are the pastors -
Pastor Bruce and Pastor Kathleen Dowell.

We are part of the one new man, the Jew and the gentile grafted in, and our congregation is in Redlands , California at the Church on the Hill , in case anybody wants to come visit on Shabbat." 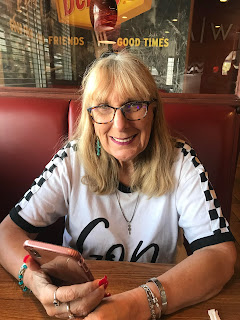 Posted by Ethel Chadwick at 1:22 PM No comments:

Several years ago, I met Tov Rose at the Messiah Conference and had a brief interview with him.   Well, the years flew by, and we had another opportunity to chat recently.   This was a very enjoyable interview with lots of banter and laughter.   I know you'll love it - and the music too of course!

Tov and his parents came to faith in 1973 through the witness of several Christian families, making Tov a second-generation Jewish believer in Jesus.  He is the author of several books including, The Book of GOD: For Men, The New Messianic Version Bible, The Baptism of Jesus from a Jewish Perspective, Jesus in the Jewish Wedding, and more.

Tov has served as a Pastor, Speaker, Entrepreneur & Leadership Consultant, Television Producer, professional singer, Christian Radio Host, Bible teacher, Corporate Chaplain, and, Mission. He and Michelle are currently on staff with the International House of Prayer in Kansas City, where their older teen kids are blossoming!

Tov holds a BA in Public &amp; Media Relations; a Masters in Marketing Management, is working on a Masters in Biblical Research with the Institute of New Testament Midrashic Studies, and plans on completing his PhD in New Testament Midrashic Studies. He has, additionally, completed training in Pastoral Ministry, Ethnic &amp; Multicultural Ministries and Missions, Biblical Languages, Pastoral Counseling, the Spiritual Roots of Disease, and Entrepreneurship. His hobbies include SciFi, singing, archaeology, anthropology, and physics.

Tov is currently involved with helping tribal peoples fulfil their Romans 11:11 end times calling, and gathering resources and building partnerships to bring a “Targum-Inspired” Old Testament to 100 Tribal peoples over the next the next 3-5 years. 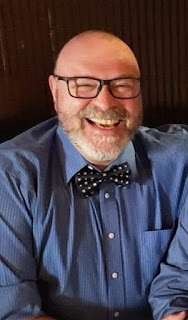 Posted by Ethel Chadwick at 2:46 PM No comments: