I recently spoke with Rabbi Jamie Shapiro and learned about his journey to finding Yeshua.   I know you will enjoy the interview and the great music today - incuding some new tunes from Ted Pearce.

Jamie Shapiro is the Congregational Leader at Adat Yeshua Messianic Synogogue in Albuqueque, New Mexico, and is the UJC USA Southwest Regional Director. 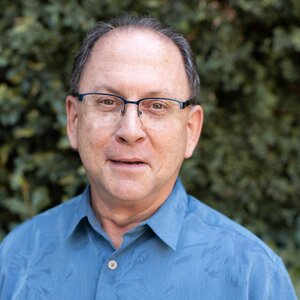 Posted by Ethel Chadwick at 12:35 PM No comments:

It's always a joy to speak with Rabbi Ron Goldberg!  Rabbi Ron was raised Jewish. While in High School, Ron did two things Jewish people are not supposed to do. First, he began sneaking out to church. Second, he read the "forbidden" Jewish New Testament. As a result, Ron met the Jewish Jesus. In 1985 he spent several months in deprogramming where 2 counselors tried to get Ron to reject Yeshua as Messiah. This was unsuccessful and he has spent his life helping people meet the Jewish Jesus.

Some of Rabbi Ron’s Experience:

In this broadcast Rabbi Ron shared an update of what's happening with his family.   We are excited to have him at Congregation Shema Yisrael next Saturday, October 30 for our 10:00 AM service! 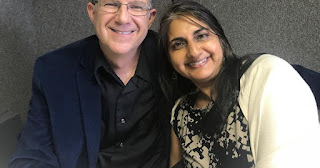 Posted by Ethel Chadwick at 12:24 PM No comments:

Today I featured the  music of Barry & Batya Segal and an interview with their lovely daughter Liran (her last name is spelled differently).

Born and raised in Israel, Liran had an exciting and different type of childhood. Her parents, being well known messianic musicians, would travel around the world taking Liran and her brother with them on many occasions. On one hand life was an adventure but on the other side it was a dark and painful experience. She was struggling with depression and suicide, while being tormented in her dreams. Her journey and experience to freedom was nothing short of supernatural. Yeshua was the only one who could truly save her. 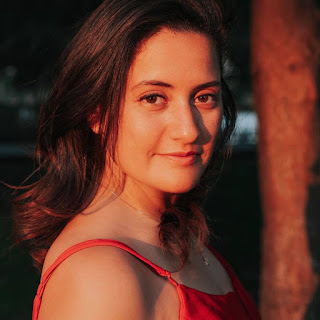 Posted by Ethel Chadwick at 2:51 PM No comments:

Today's program featured wonderful music and a pre-recorded interview with Rabbi Alan Levine.    He is the author of "Hidden Secrets of the Passover Haggadah," Rabbi Emeritus at Kol Mashiach Congregation, and Director at Lev Elohim Ministries.

Today he shared how he came to know his Messiah and I know you will enjoy it!

If you would like more info on his book, you can find it here: 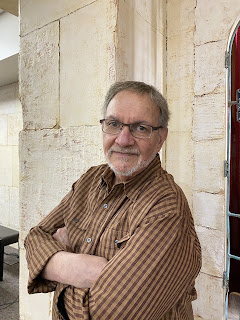 Posted by Ethel Chadwick at 2:38 PM No comments:

I was so blessed to grab another interview with Dr./Rabbi Michael Schiffman.   His story is very interesting, as I am sure you will agree.

Dr. Schiffman grew up in New York in a traditional Jewish family. He has earned BA, MDiv and DMin degrees. In addition, he has had an ongoing private study of Talmud, Shulchan Oruch, and Chasidus.
He is also is the Executive Director of Chevra USA, a humanitarian organization that feeds elderly Jews, particularly holocaust survivors, in the Former Soviet Union and Israel, as well as mentoring Messianic Leaders in Eastern Europe.
In addition, Dr. Schiffman has lead three Messianic Jewish congregations in Arizona, Ohio, and New York, and served as Associate Rabbi in Connecticut. He has authored two books, and has been a frequent contributor of articles to Boundaries, Kesher, Messianic Outreach, and other publications.
Dr. Schiffman also is a lecturer on Messianic Judaism, History, Torah, and Messianic Worship in the Union of Messianic Jewish Congregations Yeshiva, and is a Professor on the faculty of St. Petersburg Theological Seminary, as well as an adjunct professor in several theological schools. 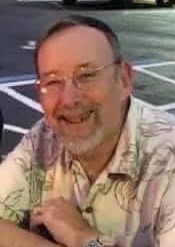