It was great meeting Jonathan over the phone.  He has a very interesting story.   Here's a little background:

Jonathan grew up in a Messianic Jewish home. But he made his own choice to follow Yeshua. One evening, while on a pre-army trip with a friend in 1981 – Jonathan was curious to know: If there was a God, why the world was in such a mess? The answer, when it came was quiet and simple… As he sincerely internalized his guilt in the mess, he was overwhelmed by the understanding that the great Creator-of-the-universe loves him wants him and KNOWS him – And so, that night, he gave his Maker EVERYTHING – whoever he thought he was; art, sports – EVERYTHING – he gave Him the “keys” to his life. He put his faith in Yeshua and handed his life over to Him, as his Master. He was AMAZINGLY transformed!
Jonathan and Faith Goldberg serve in Haifa Israel.

First I interviewed Stacy's mother, Cookie Berman, and she recommended that I speak with her daughter.  I really enjoyed this interview.  Stacy lives in Charlotte,NC with her husband and 2 dogs where she teaches 5th grade math and science in the local school district. She became a believer in 2002 and has been an active member of Hope Of Israel Messianic Congregation since. She has 2 grown children who also live in Charlotte. 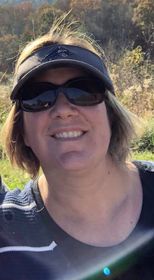 Posted by Ethel Chadwick at 5:18 AM No comments: 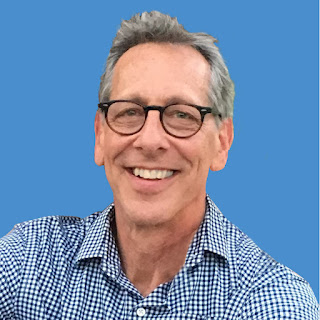 Posted by Ethel Chadwick at 12:01 PM No comments:

A mutual friend connected me to Mark Posner and I really enjoyed hearing his testimony.  In his own words:

"Born in Albany, NY, I was brought up in a somewhat religious conservative Jewish home. We were members of a conservative synagogue where my parents were very active. My sister and I went to the Hebrew Academy of the Capital District (HACD) aka Bet Shraga. I went through 7th grade before transferring to the public schools. Albany had/has a large Jewish population as many Jews from the NYC area moved up there to work for the state - as was the case for my dad. My graduating class was approximately 10% Jewish. A large % considering the % of Jews in the world. Because of a sign from God- I married a Catholic girl. My folks were very against it at first but came around. On her death bed, my mom told me - 'thank god for Mary Lou, otherwise I don’t know what would have become of you.' She also made me promise not to convert. While I will be going to be immersed in a few weeks - I don’t feel like I’m converting. I’m adding I have been married for almost 39 yrs now. We have two married sons going on ages 33 and 31. No grandchildren yet. I am semi retired and my wife is retiring soon.

We like travel and hiking. And beaches! We like shell collecting and I have recently started to get into shell art."

Enjoy some cool music too!

Posted by Ethel Chadwick at 12:37 PM No comments: