I used to see Helen every year at the Messiah Conference.  She was always teaching dance classes and was a lot of fun!

We recently reconnected and I was excited to learn more about her.  Here is her story!  Enjoy the music too!

Helen Weiner Wilson grew up with only a vague connection to her Jewish roots. She was raised in Ethical Culture, a humanistic religious movement, and regarded belief in God as unscientific superstition. In college, she met people who led her to question her belief system, and it was only after accepting Messiah Yeshua, that she began to understand the significance of her Jewish identity. She is long-time member of Congregation Beth Yeshua in the Philadelphia area, has served as a leader and teacher in congregational dance, and has choreographed a number of the Messianic dances that are used in congregational worship throughout the world. 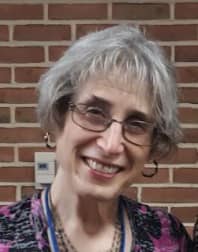 Posted by Ethel Chadwick at 12:40 PM No comments:

Another fascinating find on Facebook.   What an amazing story!

Michele Rozeen was born in an Orthodox Jewish home in Cape Town, South Africa. At aged 14, she had an experience with the LORD and accepted Yeshua. Michele made Aliyah to Israel, brought up her 3 children there. In 1991, she moved to the United States, to Florida, with her late husband, and is currently an intercessory prayer warrior, standing in the gap for her family and for her Congregation, L'Chaim Messianic Congregation. She is also the Personal Assistant and Administrator for hr Messianic Pastor, Pastor Bruce Elman. 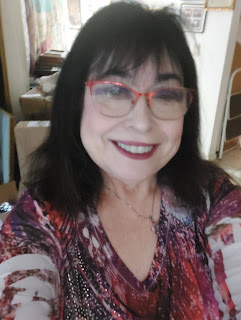 Posted by Ethel Chadwick at 12:25 PM No comments:

One of the most exciting discoveries was that the synagogue I attended as a young girl in Richmond, Virginia had been bought by a Messianic Jewish Congregation!  At one time Jamie Cowen was the Rabbi of Tikvat Yisrael, and his testimony is very exciting.   In his own words:

A LITTLE ABOUT ME

I was born in a Jewish family in New York but grew up in the Washington, DC, area from age one on. In the early years my family was secular, but as I approached Bar Mitzvah age, we joined a Conservative synagogue, moving to a Reform one a year and a half later, where I eventually made Bar Mitzvah.  I came to faith in Yeshua (Jesus) the Messiah in my senior year of high school through the influence of friends and a high school Christian group.

BELIEVING AS A JEW

At the time I assumed I was the only Jew who had ever believed this.  No one told me Yeshua was Jewish; all his first followers were Jews or all the writers of the New Testament were Jews. I discovered the missing link the following year at college. There I met another Jewish believer who explained that we were Messianic Jews and showed through the Jewish Scriptures the many prophecies of the Messiah. Suddenly, everything made sense. I was a Jew who had found the Messiah. Unfortunately, this news was not good for my family, who reviled the idea, and sadly, years later disowned me. By the grace of God, this miraculously changed with a reconciliation with my father in December, 2013 and with my mother in May, 2014, four days before she died.

From college I went to law school and also did graduate studies in economics.  After graduating, I took a position in the U.S. House of Representatives and the following year in the U.S. Senate. That same year I married my wife, Stacy. This year, 2013, will mark our 35th anniversary. While I enjoyed the Congressional work, eventually becoming Chief Counsel to a U.S. Senate subcommittee, I still felt there was something more. That something more became entering the ministry. In 1988 I enrolled in a Messianic Jewish seminary in the Washington, DC area, completing my studies in 1990. In 1990 I was installed as Rabbi of Tikvat Israel Congregation in Richmond.  Our congregation, Tikvat Israel, became one of the flagship congregations in the Messianic Jewish world.  Shortly, after my family moved to Richmond, our then small congregation secured the usage of an historic synagogue building, eventually purchasing it in 1992.  We became the first Messianic congregation to be housed in an original synagogue.  In 2002 I was elected president of the Union of Messianic Jewish Congregations (UMJC), an international umbrella group of Messianic Jewish congregations.  I served in that capacity for six years.  During that time we made a significant impact on the nation of Israel.

In the summer of 2003, in the middle of the Palestinian Intifada when tourism to Israel precipitously dropped, the UMJC brought the largest tour to Israel for the entire year.  Our coming at such a difficult time caused two of the Israeli newspapers to write positive stories about our visit - the 1st time Messianic Jews in Israel had received positive coverage.  Following that event, as president of the UMJC, I was invited to Israel at the request of a member of the Israeli parliament (Knesset) to assist in raising money for humanitarian needs in Israel.  This was again the first time a Messianic Jewish organization joined forces with the Israeli government.  I was invited to speak to an Israeli military base as a Messianic Jewish leader.  In 2007 through our connections we invited another Knesset member to speak at the UMJC international conference in Chicago.  This was the first time, and to this point the only time, a current Knesset member has spoken to a Messianic Jewish organization.

Approximately, eight years ago my wife and I began to discuss and pray about a possible relocation to Israel.  We began to consider this for a couple of reasons: 1) The center of world Jewry is shifting to Israel.  This has not been the case for 2000 years.  In the most recent Jewish census, the largest Jewish community in the world is now in Israel.  At the same time, the center of Messianic Judaism also seems to be making a similar shift.  Modern Messianic Judaism’s roots are in the United States, but with the rapid growth of the movement in Israel, this is gradually changing.  As president of the UMJC I made mention of this numerous times.  Much of the growth of Messianic Judaism in Israel has come from young American Messianic Jews immigrating there.  We could see ourselves there, assisting the community, as we’ve done in the U.S.  2) Our three daughters have immigrated there as well, and so we began to question the Lord as to our moving there.  Without belaboring the point, I felt the Lord indicate to me where we were to live when on a trip in 2003.  It was confirmed in the summer of 2008, and in December, 2011, we moved to Israel.

In Israel, we live in the north, and I lead a small chavurah (home fellowship) called Adonai Shamah Congregation. In addition, I have been asked to teach parts of my Jewish history course to different leadership groups in the country. However, my primary work is that of a Messianic Jewish lawyer. My goal is to assist the growing Messianic Jewish community in Israel both legally and politically. My wife, Stacy, teaches piano, guitar and English. 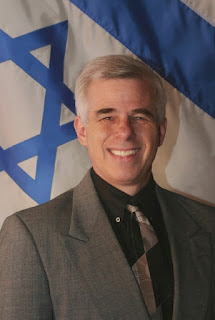 Posted by Ethel Chadwick at 4:11 PM No comments:

I met a new friend over Facebook.  Granville Payne is the real deal.  He loves Yeshua, the living Torah.

Granville started studying G-D on his own in December of 2007. He got serious about living out Messianic Judaism around August of 2021. G-D blessed him with Chron's Disease in 2009, a bad knee injury that took him out of commercial truck driving in 2014, and a serious car accident in 2019. The miracles started happening around September 2021 and they involve his physical problems. He has absolutely no doubt that Yeshua, who he affectionately knows as Living Torah, has revealed Himself to him through many miracles. Granvilles want people to be aware of his story to show that through Yeshua, a person can have a fulfilling life by doing the mitzvots of Living Torah and His written Torah.