Back by popular demand --- it's a bird, it's a plane --- it's a Rabbi, Father, Husband, Friend and amazing author Eric Tokajer!!!


Rabbi Eric was raised in a traditional Jewish home. After his bar mitzvah, he began to study the Hebrew Scriptures more closely which brought many questions to his mind. Questions like if a sacrifice had to be made once a year on Yom Kippur to cover the sins of Israel from year to year how were those sins covered now. When he was unable to find answers from the different rabbis that he asked, he became an agnostic.

While serving in the US Navy, Rabbi Eric was challenged by a believer in Yeshua to study the Scriptures until he found answers within them. While searching the Hebrew Scriptures, Rabbi Eric found belief in Yeshua as the promised Messiah of Israel which brought answers to all of the questions he had. It is now over 33 years ago.

Since then Rabbi Eric studied to become an ordained Rabbi in the IAMCS (International Alliance of Messianic Congregations and Synagogues). He has served as a Rabbi in Mobile, Alabama. He also helped to establish five synagogues across the Gulf Coast in Slidell, Louisiana; Bayou La Batre, Alabama; Spanish Fort, Alabama; Navarre, Florida, and Brit Ahm Messianic Synagogue in Pensacola, Florida, where he serves as Rabbi today. Rabbi Eric has been married for 36 years to his wife Pammy.

In addition to God Has No Plan B, Rabbi Eric has written; With Me in Paradise, Transient Singularity, #ManWisdom, OY! How Did I Get Here?,Thirty-One Things I Wish Someone Had Told Me Before Entering Ministry, and Jesus is to Christianity as Pasta is to Italians.

Enjoy the great music too!!!! 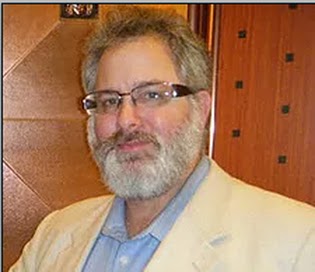 Posted by Ethel Chadwick at 5:39 AM No comments:

I heard Gary Selman's testimony at the Messiah Conference back in 1997.   I was amazed, it was the most incredible testimony I ever heard.

You also will be amazed, entertained and inspired by this, guaranteed!!!   Here's a little background:

The vision for Beth Israel began with Gary Selman, a Messianic Jewish businessman with a heart for sharing the Gospel to Jew and Gentile alike and Pastor Charlie Rizzo of the Church of the Nazarene who gave early support to the new work. Meanwhile, a young Jewish believer named Jonathan Cahn had been leading a Bible Study in Rockland County New York and leading a ministry bringing food and the God’s love to the homeless of New York City.  Gary Selman asked Jonathan to help him start the new ministry.  Jonathan agreed to give whatever help was needed.  In 1988, Gary asked Jonathan to become the spiritual leader.  And after much prayer, Jonathan said ‘yes.’

Gary was a nice Jewish boy who wanted nothing to do with Yeshua.   But God got his attention with lightning bolts!!!

BTW Gary and Jonathan had a radio show called "Two Nice Jewish Boys" for many years and they were very helpful to me when Bagels and Blessings began.

Gary has gone on to glory and walks on streets of gold.   I pray his story will be a blessing to you! 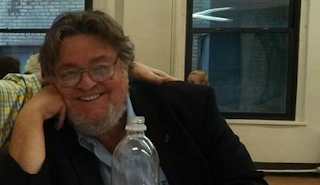 Posted by Ethel Chadwick at 3:22 PM

Here's a fun interview with Shoshanna Meyerson.  Shoshanna was raised Catholic and as a young woman, she went to an Evangelical service at a Presbyterian Church, and while there she met the Messiah. She was radically transformed and cleansed.  Later she married a Jewish man, Rabbi Andy, and discovered the Jewish roots of her faith. She has had many miraculous experiences. God is doing exciting things at their multiple congregations in the Carolinas today.

Enjoy dahling, enjoy!!
Posted by Ethel Chadwick at 7:05 AM No comments: