Stan Meyer Comes Back to Bagels and Blessings!

For those of you who missed Stan's first interview, I had the pleasure of speaking with him again recently.  I know you'll enjoy the GREAT music and this inspiring interview!

Stan Meyer served with Jews for Jesus since 1985, and has served as the Los Angeles and South Florida directors. He was raised in San Antonio, Texas. He prayed with his Messianic Jewish mother to receive Yeshua. Stan went on to the University of Texas where he was called to serve in Messianic ministry. In Jews for Jesus he met and married his late wife Holly. They flew to China where they adopted their daughter, Carrie-Fu. Sadly, Holly passed away in 2011 leaving him to raise his daughter as a single dad. In 2014 he married Jacqui, also a Messianic Jew. Today, the Meyers live in Phoenix where Stan is finishing his doctoral work and they serve with Tree of Life Messianic Congregation. Stan holds an MA in Intercultural Studies from Fuller Seminary and is completing his Phd in Intercultural Studies from Biola University. 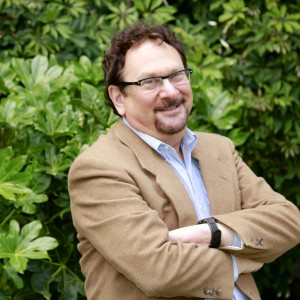