Never fear - the Messianic Matchmaker is here!  Today I aired my interview with Rabbi Aaron Allsbrook.  He shared his faith journey with me and I know you'll love it!

Plus some great music too!  Here's more about Rabbi Aaron:

Born and raised in Southern California, Rabbi Aaron Allsbrook has known Yeshua his whole life.  He shared about Yeshua to his Jewish and non-Jewish friends in high school.  At the end of high school Rabbi Aaron began to feel that there was more to his Jewishness than just Passover and Hanukkah at his grandparents.

Not longer after that Rabbi Aaron knew there was something missing, something more.  While the traditions were great, he craved for more of the Spirit of God and the love of Yeshua.  He left the Orthodox world, and began to seek a way of living an authentic Jewish life under the leading of the Spirit.

His travels brought him to Israel, where he lived for four years, and then to New York, where he met his beautiful wife, Brooke, with whom he has three children.  It was in New York that he was a special education teacher and an assistant rabbi at a Messianic synagogue on Long Island.  After several years of serving in this capacity, he wanted to pursue being a full-time Messianic rabbi, which is what led him to Ohev Yisrael.

He desires to see Jewish people come to know Yeshua, their Messiah, and live their life in service of our Master as Jews full of the Spirit of God.

For more info about the Messianic Matchmaker: 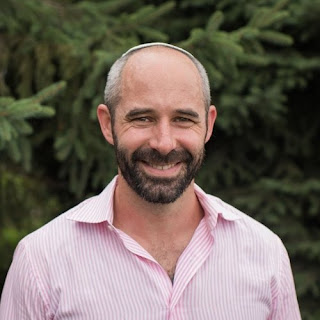 Posted by Ethel Chadwick at 3:57 PM